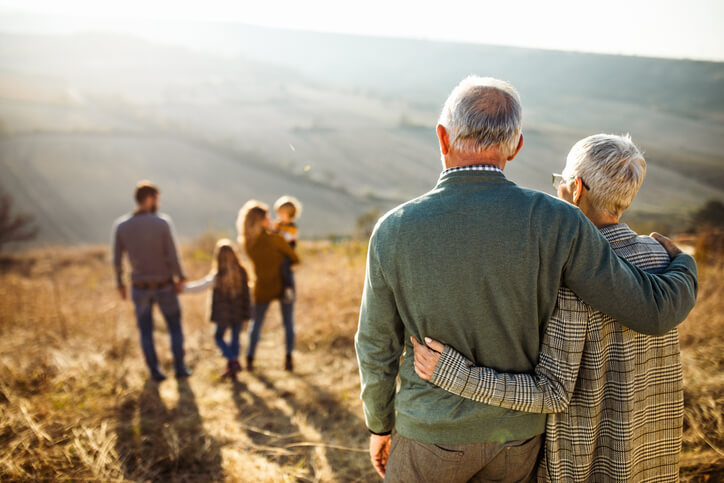 Medicare is one of the most important federal programs for older citizens and for younger Americans who have certain qualifying conditions or disabilities.

Medicare provides health insurance for over 60 million Americans and is accepted by more healthcare providers than any other network in the country.

Medicare eligibility can get tricky, however. The program offers care options that cover a range of medical services, and it can be a challenge to understand all of the different coverage options and their requirements for participation.

This guide outlines the basic elements of Medicare qualifications and explains the health plan eligibility standards for each.

Medicare is the major provider of health insurance for seniors in the United States. Accepted by most health providers across America, Medicare outpatient (Part B) and hospital insurance (Part A) is the major component of tens of millions of older citizens’ health planning.

Parts A and B

The two main components of Original Medicare are known as Parts A and B.

Medicare Part A pays most of the cost for inpatient care in a hospital or inpatient treatment center. The vast majority of Medicare beneficiaries pay no monthly premium for Part A coverage, and it’s typically automatically provided to eligible seniors as they approach their 65th birthday.

Medicare Part B is the outpatient benefit. Depending on their income, beneficiaries may pay between $144.60 and $491.60 a month in 2020. Most beneficiaries pay the standard Part B premium of $144.60 per month.

The exact amount of a beneficiary’s Part B monthly premium varies with the beneficiary’s reported income from two years prior and is subject to change each year. Beneficiaries may choose to have this premium deducted from their monthly Social Security payments, or they may pay a bill every month.

Seniors who enroll in a Part D prescription drug plan may pay a monthly premium that varies between specific plans. Seniors with a higher income may pay a surcharge on top of their premium of up to $76.40 a month in 2020.

All authorized Part C plans provide exactly the same coverage beneficiaries would otherwise have gotten from Parts A and B, and most offer extra benefits not covered by Original Medicare, such as prescription drug coverage and routine dental and vision care benefits.

Costs for Medicare Advantage vary widely on a state-by-state basis, so it is usually best to speak with a Medicare planner or a plan representative before signing up for a Part C option.

Who Is Eligible for Medicare?

Medicare is available to U.S. citizens or permanent legal residents aged 65 and over. Beneficiaries must have lived in the United States for at least 10 years prior to reaching the Medicare age requirement to meet residency standards. Some people younger than 65 may be eligible for Medicare if they have a qualifying disability or condition such as ALS (Lou Gehrig’s Disease) or End-Stage Renal Disease (ESRD).

Part A is offered with no monthly premium to seniors with a minimum of 40 work credits at the time of retirement. Beneficiaries may also qualify for premium-free Part A if they don't meet the Medicare work requirements, as long as their spouse is at least 62 years old and has met the 40-credit work requirement. This is equivalent to 10 years of working and paying Medicare taxes.

The Social Security Administration tracks Americans’ work history and assigns a single credit for every $1,410 a person earned and paid Medicare taxes on. A worker may earn up to four credits a year, one every three months, on a maximum annual income of $5,640. After 10 years in which all four possible credits have been earned, the 40-credit standard has been met, and the senior becomes eligible for the premium for Part A coverage at $0 a month.

Beneficiaries who want to manually enroll in Part B must apply through the Social Security Administration, which can be done at a program office, online or by mail. The SSA reminds citizens of their upcoming eligibility via mail several months before the Medicare eligibility age, which allows time to enroll during the initial sign-up period.

Adults under the age of 65 may be eligible for Medicare because of a health condition.

Applicants who meet the Medicare eligibility standards can apply for benefits if they have been continuously receiving SSDI for 24 months or have end-stage renal disease (ESRD). Amyotrophic Lateral Sclerosis (ALS, also known as Lou Gehrig’s disease) is another qualifying condition. Health-based coverage is available after a five-month waiting period.

Most Medicare beneficiaries get a notice by mail a few months before their 65th birthday that outlines their eligibility for Medicare.

Most seniors are automatically enrolled in Part A, and they have the option to sign up for Part B directly through the Social Security Administration.

Medicare beneficiaries interested in Part C can sign up through the private insurance company that offers a plan they’re interested in, or compare plans by using the Medicare Plan Finder tool.

It is very important to enroll in a timely manner. Late enrollments could result in a temporary lapse in coverage, lifetime payment of penalty rates or even a denial of coverage for Part C plans.