What Is the Difference Between Medicare Part A and Part B? 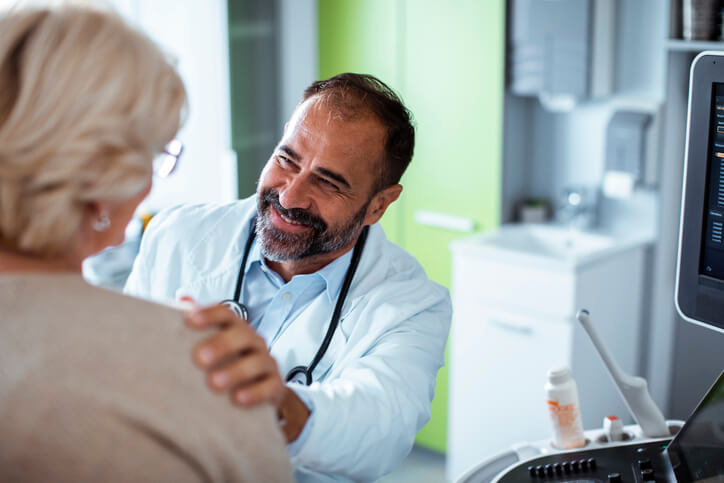 Since 1965, the United States has had a federal health insurance program for older adults. The program, known as Medicare, provides coverage without regard for a beneficiary's income or financial resources.

Original Medicare, which is administered by the federal government, consists of Part A and Part B coverage. Each part covers different health care services, so it's important to understand what each one entails.

So, what is the difference between Medicare Part A and Part B? Keep reading to learn more about the services covered under each type of Medicare.

How Are Medicare Part A and Part B Different?

The main difference between Part A vs Part B is the services covered under each plan. Medicare Part A is a form of hospital insurance. It covers inpatient hospital stays, hospice care, skilled nursing care and limited home health services. Medicare Part A may also cover temporary nursing home care.

Most people don't pay a premium for their Medicare Part A coverage, but premiums are required for beneficiaries who don't have enough work credits to qualify for premium-free Part A.

Because the funds for Medicare come from payroll taxes, a beneficiary typically needs to earn at least 40 credits to receive Part A coverage without having to pay a premium. 40 credits is equivalent to working and paying Medicare taxes for 10 years.

Premium-free Part A is available to adults who are at least 65 years old and meet one of the following requirements:

If you’re not yet age 65, you may qualify for premium-free Part A if:

Enrollees with high modified adjusted gross incomes pay more for their Part B coverage. This is called an income-related adjustment amount (IRMAA). Premium amounts are set based on how much income was reported on an enrollee's tax return from two years ago.

For example, premiums for 2020 are based on tax returns from 2018. Monthly premiums range from $202.40 to $491.60 for enrollees who have MAGIs above the limit to qualify for the standard premium.

Original Medicare may cover medications administered in a hospital or nursing facility, and it may cover some drugs purchased on an outpatient basis; however, it doesn't provide comprehensive prescription drug coverage.

Medicare beneficiaries in need of prescription coverage have the option of purchasing a supplemental drug plan known as Medicare Part D. The monthly premium for Medicare Part D depends on the plan provider and level of coverage selected.

Beneficiaries may also be able to get Medicare prescription drug coverage by enrolling in a Medicare Advantage (Medicare Part C) plan that includes prescription drug coverage. Medicare Advantage plans are privately-sold health insurance plans that cover the same benefits as Original Medicare, and most plans also include drug coverage. Some plans may also cover things like routine dental, vision and hearing benefits, as well as other coverage not offered by Original Medicare.

A deductible is the amount of money a beneficiary must pay before his or her Medicare benefits kick in. So what is the difference between Medicare Part A and Part B when it comes to deductibles?

The answer is that the Part A deductible is higher than the deductible for Part B, and it works much differently.

With Medicare Part A, a benefit period starts on the first day of admission for inpatient care and ends when the enrollee hasn't received inpatient hospital care or inpatient care at a skilled nursing facility for 60 consecutive days.

The Part B deductible is $198 for the year in 2020. Once a beneficiary meets this deductible, their Part B coverage kicks in and they are typically responsible for a 20% coinsurance/copayment for their Part B-covered services for the rest of the year.

Medicare enrollees also pay coinsurance and/or copays for the services they receive under Medicare Part A and Part B.

For Part A, the amount of coinsurance depends on how much care the enrollee receives during a benefit period.