Does Medicare Cover a Hysterectomy?

Medicare does pay for most hysterectomies, if you're enrolled in a Medicare plan and a doctor determines that the procedure is medically necessary. As with any necessary procedure, you can get help paying for a hysterectomy through both Original Medicare and Medicare Advantage (Part C), depending on how you have your benefits structured. Regardless of how your Medicare coverage affects the cost of a hysterectomy, you may still have a deductible or share of cost to pay out of pocket.

Speak with a Medicare worker for definitive information about what your plan covers and whether your Medicare supplemental insurance can help with the rest of the cost.

What Is a Hysterectomy?

A hysterectomy is the removal of all or part of the uterus and surrounding tissues, such as the cervix. It is one of the most commonly performed procedures in the United States, with roughly one out of three women having one before age 60. There are several reasons a doctor might recommend a hysterectomy, such as:

Doctors who perform hysterectomies have several techniques available, which can be tailored to the needs of the woman getting the procedure done. These range from conventional inpatient procedures that open the abdomen and remove the uterus intact, to outpatient procedures that try to be minimally invasive. Some procedures can be done through a small incision, or even via a robotic arm.

Medicare pays for most surgical procedures a doctor recommends for you. If you're enrolled in Medicare and need a hysterectomy, your plan is likely to cover the cost of the procedure and recovery, up to plan limits.

What Kind of Medicare Coverage Pays for Hysterectomies?

Medicare provides coverage for its beneficiaries in two main ways: Original Medicare and Medicare Advantage. Coverage standards and limits for these two plan options overlap somewhat, but there are significant differences in how each pays for hysterectomies.

Original Medicare is split into three parts: A, B and D. Medicare Part A is the hospital inpatient benefit that pays for much of the cost of your stay in the hospital, inpatient treatments you receive there and any drugs administered as part of the procedure, such as anesthesia. If you're admitted to the hospital for a few days during your hysterectomy, it's very likely that your coverage runs through Part A.

If your hysterectomy is performed as an outpatient procedure, which means you spent less than two consecutive nights in the hospital or had the procedure in an outpatient clinic, then your surgery may be included under Medicare Part B. Part B is an optional benefit for Medicare participants, though most Original Medicare beneficiaries opt into it. In addition to your monthly Plan B premium, you may have to pay 20% of all costs under Part B.

Your doctor might prescribe various drugs to you before, during and after your hysterectomy. With the exception of drugs administered in the hospital or clinic, which are covered by Parts A and B, respectively, you may have to use your Part D medication benefit at the pharmacy. Coverage for prescription medication varies between beneficiaries, so it’s a good idea to speak with a plan representative before your surgery to make sure the drugs your doctor prescribes are covered.

About one-third of Medicare beneficiaries get their benefits through a Medicare Advantage plan. These plans, often called Medicare Part C, are issued by private insurance companies in each state. All authorized Part C plans include 100% of the same benefits as Original Medicare’s Parts A and B, though most also include extra coverage for participants. Part C plans vary by state and by insurance group, but most offer similar coverage terms as Original Medicare. Your Medicare Advantage plan representative should have details of how your Medicare plan can help pay for the cost of your hysterectomy.

Original Medicare comes with out-of-pocket costs such as coinsurance, deductibles, copays and more. If you need to have a hysterectomy, your Medicare coinsurance and deductible costs could add up quickly. Millions of Medicare beneficiaries get help paying for these types of costs by enrolling in a Medicare Supplement plan, also known as Medigap.

Medigap plans help cover those "gaps" of out-of-pocket costs Medicare doesn't cover. Depending on the type of Medigap plan you have, you could potentially pay $0 out of pocket for your hysterectomy surgery. Medigap plans come with a monthly premium, and you can't have a Medigap plan and a Medicare Advantage plan at the same time.

If you want to learn more, you can compare Medicare Supplement plans online for free, with no obligation to enroll. You can also call to speak with a licensed insurance agent who can help you compare plans and walk you through the application process.

What does a hysterectomy cost with Medicare coverage?

If your hysterectomy is done in the hospital, you likely have to pay your $1,484 deductible for Medicare Part A. Outpatient procedures are billed under Part B, which generally includes a 20% out of pocket share of cost for you.

Are there any services Medicare doesn’t pay for after a hysterectomy?

Because Medicare pays some of the cost of medical care for seniors, there are limits to what can be included in its coverage. Medicare does not pay for non-medical support, such as in-home caregiver assistance or alternative therapies. Nutritional support may not be covered, though some mental health counseling could be included under Part B to help with some mood and depression issues associated with having a hysterectomy. Ask a program worker for details about what your Medicare covers for a hysterectomy.

Is a hysterectomy dangerous for women over 60?

Most types of hysterectomies are relatively safe for senior women. One study looked at seniors’ hysterectomies done over a 30-year period and found no fatal complications from the procedure. Your doctor will be able to recommend what is the best course of action for you, based on your health history and other factors.

How long does it take to recover from a hysterectomy?

Recovery time for any surgery varies from person to person and depends on which specific procedure you had. The average hospital stay for the most common type of hysterectomy is between 5 and 7 days. Recovery at home can take between 2 weeks and 2 months. Less-invasive procedures usually heal sooner, but much of your recovery depends on the support you get after leaving the hospital. 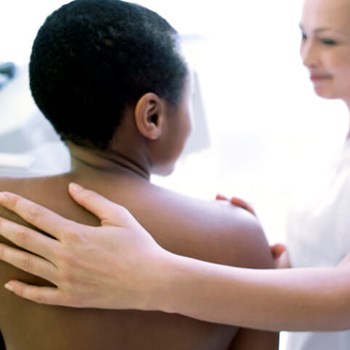 Does Medicare Cover a Mammogram?
Medicare will cover a mammogram every year for women aged 40 and older. Medicare covers screening ...
Read Article 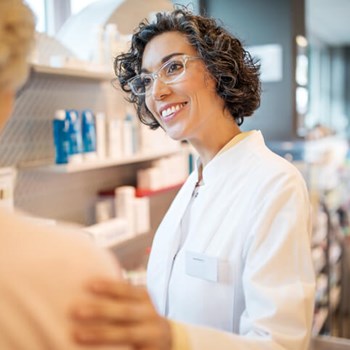 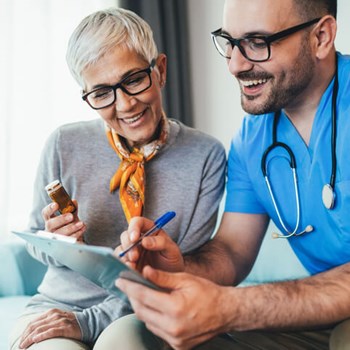