Medicaid vs. Private Insurance: What Are Your Options? 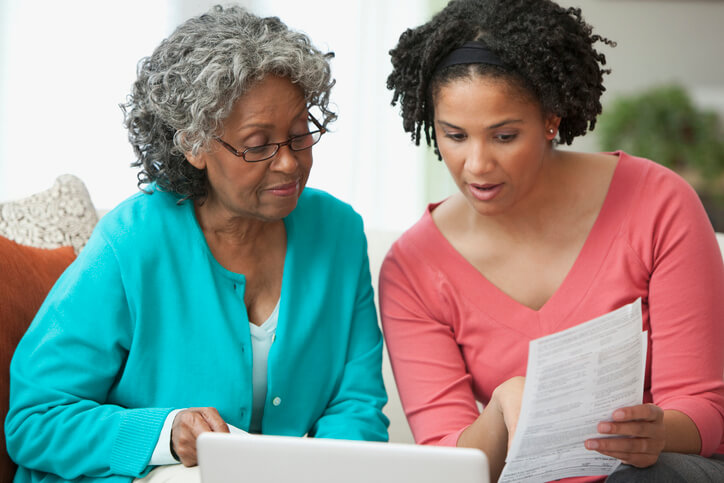 Healthcare is a nearly universal human need, but the way to pay for it varies from person to person. In the United States, roughly 68% of people carry private health insurance, while the U.S. Census estimates that 34.1% rely on some form of public insurance. American citizens have access to several public options for health insurance, depending on their circumstances. Medicare is available primarily to older adults, while VA and TriCare systems treat military veterans and their dependent family members. In practice, however, the division between public and private coverage usually comes down to Medicaid vs. private insurance.

Medicaid offers basic health coverage for people with limited means to pay. In 2020, nearly 70 million Americans got some or all of their health coverage through Medicaid. The program is open to all eligible citizens and legal permanent residents, and applications for coverage are generally accepted and processed on the state government level. By providing needed health services for tens of millions of people with limited means, Medicaid fills a vital role in the nation’s healthcare system, though private insurance arguably plays a larger role in helping Americans get medical care.

How Does Private Insurance Work?

Private insurance is a method for spreading risk over a large number of people, which makes unfortunate events such as serious illness easier to predict and to manage. When you buy an insurance policy, the company typically asks questions about your health, lifestyle and other factors that could influence your overall health.

An insurance professional called an actuary uses this information to figure out how likely you are to get sick or to be injured badly enough to need medical care. This is a very broad statistical prediction, which can’t be used to predict your actual health outcomes, but it does help the company guess how much healthcare should cost for a large group of people who match your risk categories.

Once your risk level is determined, you are grouped with other similar people into something called a risk pool. It's not possible to predict any one individual in this pool’s specific risk of getting sick, but general predictions can be made for how costly everyone’s care put together should be. That cost is then divided among the number of people in the risk pool, with each person paying a premium that adequately covers their risk of needing costly medical care. In this way, everybody in the same pool shares their risk, and those who don’t get sick can help pay for the care of pool members who do.

Medicaid is organized as a joint federal-state program that uses tax funds to cover its costs. Half of the Medicaid budget comes from federal tax dollars, and half is contributed by state governments, which also administer the program and process applications. Each state operates its Medicaid program in line with federal standards for eligibility and levels of care, though with local variations set by state laws.

Because of Medicaid’s unique funding structure, the program is not bound to turn a profit and can generally offer lower monthly premiums than private insurance companies. As an entitlement program, Medicaid accepts all eligible applicants without discrimination based on age, health or other factors that private companies sometimes factor into their coverage decisions. Monthly premiums are also set by law and vary only with beneficiaries’ ability to pay, rather than their specific risk category.

One of the downsides of Medicaid’s one-size-fits-all approach is that not everyone can get first-class medical care on the program’s limited resources. As a result, many Medicaid participants get only the most basic preventive and emergency care, with very limited services available for other medical needs, such as premium prescription drugs and elective procedures.

Can You Have Medicaid and Private Insurance at the Same Time?

Because of the program’s coverage limitations, many beneficiaries wonder if they can have Medicaid and private insurance at the same time. Ideally, this would allow the low-cost Medicaid program to provide basic medical care, while more comprehensive private insurance would be able to pick up some of the cost for higher-end services.

Unfortunately, as of 2020, Medicaid benefits are not compatible with private insurance coverage, and Medicaid beneficiaries are not allowed to carry private coverage in any state. An exception to this ban is Medicare coverage for seniors. Many seniors with limited income and assets are able to supplement their Medicare benefits with a Medicaid policy that plugs some of the coverage gaps, especially in seniors’ Part D prescription drug coverage. Seniors who are interested in using Medicaid as a Medicare supplement should be aware that many states’ Medicaid programs reserve the right to recover some costs from beneficiaries’ estates after they pass away, which could create financial issues for heirs.

Is Any Part of Medicaid Delivered Through Private Insurance?

Even though Medicaid beneficiaries are not allowed to combine their coverage with private insurance policies, many states choose to deliver benefits through approved private sector vendors. These public-private partnerships are tightly regulated, and every state has its own program for insurance resale policies. As a rule, the basic resale plan resembles the kind of coverage a private insurance company offers its customers, but with some or all of the monthly premiums paid by the Medicaid program. Doing things this way helps to open up large private networks of providers, including many HMOs and PPOs that would otherwise be closed to Medicaid participants, without the need to build a redundant care network just for state Medicaid.

Medicaid vs. Private Insurance: Which Is Better?

Medicaid and private insurance companies coexist in the healthcare marketplace for a reason. Each offers different levels of care to different segments of the market. Neither type of coverage is necessarily better or worse than the other, though either type could be far preferable for you, depending on your unique situation.

As a rule, people with limited assets and ability to pay may find it easier to get Medicaid services than private coverage. This is also true of people whose advanced age or poor health make them difficult to insure in the private marketplace. Applicants whose income is above Medicaid’s threshold or who own countable assets beyond the Medicaid coverage maximum may have no choice but to opt into private insurance. People with special medical needs, and people who would like their insurance to cover several less traditional services, such as acupuncture or alternative therapies, may also find that a private insurance policy suits them best.