How Does Out of State Medicaid Work? 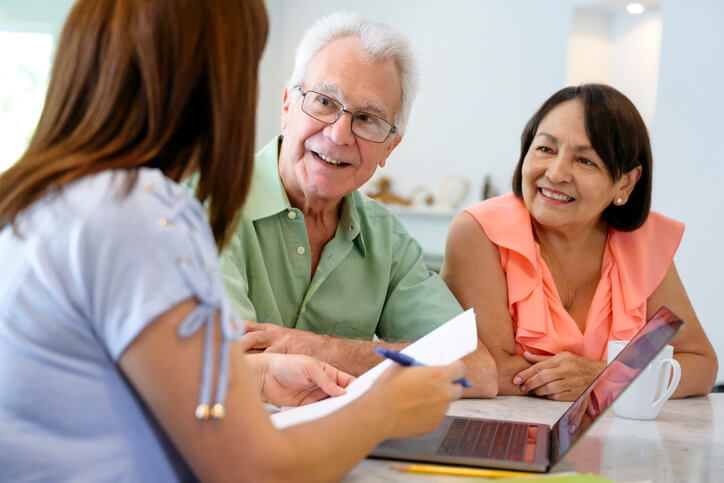 Nearly 70 million Americans relied on Medicaid for some or all of their health benefits as of August 2020. Medicaid is jointly funded by the federal government and individual states, but it's administered at the state level on behalf of people with limited income.

What can you do if you're enrolled in Medicaid in one state, but require care in another state? Is there such a thing as out of state Medicaid? Find out more below.

Can I Use My Medicaid Coverage In Any State?

Generally, the answer is no — because each state has its own Medicaid eligibility requirements, coverage can't be transferred from one state to another, nor is coverage provided by one state available while you’re temporarily visiting another state.

If, for example, you move from New Hampshire to Massachusetts, you can't transfer Medicaid coverage. Instead you have to apply for Medicaid in the state you move to, which in this case is Massachusetts.

How Medicaid Coverage Works When You Move

You should reapply for Medicaid benefits as soon as you can to avoid a lapse in benefits coverage when you relocate across state lines. While the application process varies by state, you can usually apply online. In most cases, you'll receive a letter of approval (or denial with instructions to appeal) within 15 to 90 days.

Another thing to keep in mind is you can't get Medicaid benefits in two states at the same time. Instead, you have to terminate your old Medicaid coverage in one state and reapply for benefits in your new home state.

Helpfully, many states offer retroactive Medicaid coverage, which pays for eligible health services you got up to three months prior to the date of your application's approval.

If you need medical care before your application is approved, you may have to cover the costs out of pocket, and then later request reimbursement. It's helpful to keep copies of all your medical bills and treatment records for the care you get before your benefits are approved.

Traveling Out of State With Medicaid

If you travel outside of your home state and get sick, Medicaid generally doesn’t cover the cost of services you get on your trip. Generally, the care you get must be provided to you in your home state to be eligible for Medicaid coverage. One major reason for this limitation is the way providers bill Medicaid. As a rule, a medical provider in one state will only be authorized to bill that state’s Medicaid. Thus, an outpatient clinic you visit in Kansas probably can’t collect payment from Medicaid in Texas.

There is one major exception to this rule: out of state Medicaid coverage may be used if you have a life-threatening emergency. This must be an emergency that requires immediate medical care, and there isn’t time for you to return home to receive care from your regular provider.

Medicaid sometimes covers non-emergency treatment from an out of state facility, but only when proper authorization is obtained beforehand. This works on a case-by-case basis, though, so check with your Medicaid representative to see if your situation qualifies.

Medicaid coverage might also kick in if you happen to receive medical care at a facility located just across the border from your state. This is most likely to be approved when the out of state location is your regular care provider, and in-state facilities are inconveniently far away from your home address.

Always check with your local Medicaid office to make sure it covers such treatment out of state before seeking non-emergency care across the border. Otherwise, you may be responsible for the medical bills yourself.