Medicaid Coverage for Teletherapy and Telehealth 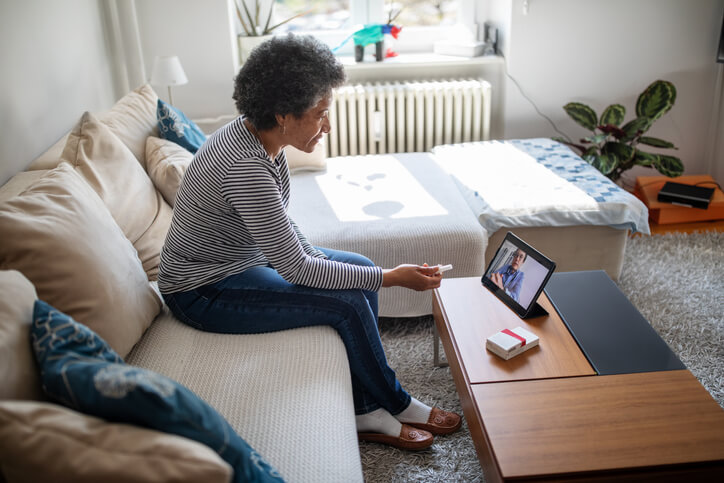 Does Medicaid Pay for Teletherapy?

Yes, the cost of teletherapy services is covered by Medicaid in most states.

This coverage is fairly new, however, primarily dating to the onset of the COVID-19 pandemic, which gave greater flexibility to the states to determine if their Medicaid programs covered various teletherapy costs. Whether teletherapy access remains available to Medicaid beneficiaries post-pandemic remains to be seen.

Teletherapy is therapy that is provided to beneficiaries by a certified and licensed therapist using a video connection. This may be traditional therapy delivered by a psychiatrist or some other sub-type of therapy, such as speech or occupational therapy.

There are many well-known benefits of teletherapy and telemedicine in general.

In the spring of 2019, states were given broad flexibility in covering telehealth through their individual Medicaid programs in response to the declared Public Health Emergency (PHE). Telehealth became important in keeping social distancing while limiting the number of face-to-face contacts seen in doctor’s offices and clinics. Seeing this, the federal government eased up on telehealth restrictions, making it easier for states to cover telehealth costs and allowing patients and doctors to interact in a nontraditional way.

The Future of Telehealth and Medicaid

In sum, the states were given broad control over Medicaid coverage for teletherapy in response to the COVID-19 pandemic. Does Medicaid pay for teletherapy right now? Yes, but the future of telemedicine and Medicaid remains up in the air unless states choose to adopt this emerging technology post-COVID-19.