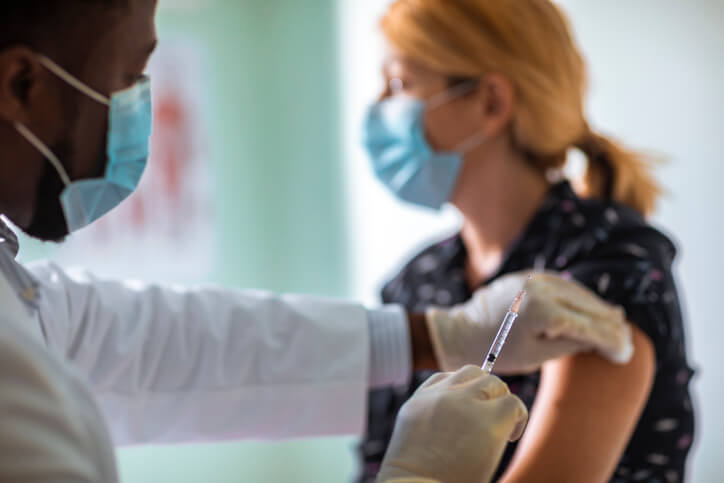 Medicaid provides free and low-cost health insurance to millions of Americans in all 50 states, plus the territories of Puerto Rico, the U.S. Virgin Islands and the District of Columbia. While the federal government sets the standards for how the program should operate, and it provides half of the funding the program needs, states have a lot of flexibility to run the program within their borders.

Each state administers its Medicaid program in its own way, though certain coverage minimums are required for all plans. Many vaccines, including annual flu shots, are included in states’ comprehensive Medicaid coverage for eligible adults.

Medicaid does pay for the annual flu shot for nearly all eligible participants. While there is significant variation between states in how Medicaid benefits are delivered, and many participants choose to enroll in a private managed care plan for their coverage, nearly all Medicaid plans include a vaccination component for most common viruses, including influenza.

Medicaid is a joint federal-state program that delivers basic health insurance to citizens with limited income and assets, as well as to pregnant women, children and other categorically eligible people. The program is administered on a federal level by the Department of Health and Human Services, which sets guidelines for eligibility and coverage levels.

Each state has a wide latitude for implementing the program within its borders, with some services being required and other services listed as voluntary.

Medicaid is not intended to work as a comprehensive health insurance program. Coverage for services tends to be basic, though there is wide variation between states in covered services and co-payment requirements. Many services are not covered by Medicaid in many states, such as dental care, while other states offer more comprehensive care for beneficiaries. As a rule, preventive care services, such as vaccines, are provided for Medicaid participants.

Flu shots are not automatically covered by each state’s Medicaid program.

Though all Medicaid systems include a provision for paying for flu shots for some adults, eight states (CO, FL, HI, KS, SC, TX, VA and WY) limit their coverage somewhat. South Carolina Medicaid, for example, only pays for flu shots for adults in long-term care who do not have Medicare. Colorado, Florida, Hawaii, Texas and Wyoming Medicaid programs limit coverage to only those adults who are considered high-risk, such as seniors and adults with compromised immune systems. In Texas, the flu shot can only be administered once during the official flu season. Kansas has a similar limitation.

Which Vaccines Are Covered for Medicaid for Adults?

The CDC recommends 13 specific vaccination schedules for otherwise healthy adults through its Advisory Committee on Immunization Practices. In 2020, only 22 Medicaid programs pay for all 13 vaccination courses. In addition to the annual flu shot, the other vaccines your state may cover include:

Flu shots are often delivered in clinical settings, such as doctors’ offices and nursing homes. You aren’t limited to just these settings, however. As a rule, Medicaid can pay for flu shots delivered in any location, as long as the provider has an authorized Medicaid billing number. This allows the provider to file an invoice for payment later. Medicaid policies vary between states, so it’s a good idea to check with a local Medicaid worker before getting your flu shot.

Medicare is the federal health insurance plan for older adults who meet the citizenship, residency and work history requirements of the program. Medicare benefits are separated into parts A, B and D, with Part D being an optional prescription drug component. Because flu shots are most often administered in a doctors’ office or other clinical setting, they are generally paid for by Part B, which is outpatient care benefits.

Many seniors receive their Medicare benefits through a Part C (Medicare Advantage) plan. These privately managed health insurance plans must all meet minimum federal standards for care provided, which includes annual flu shots and some other vaccines.

Seniors with qualifying income and asset limits can keep Medicaid as a supplement to their Medicare benefits, though Medicare retains the primary responsibility for paying enrollees’ costs, including flu shots.