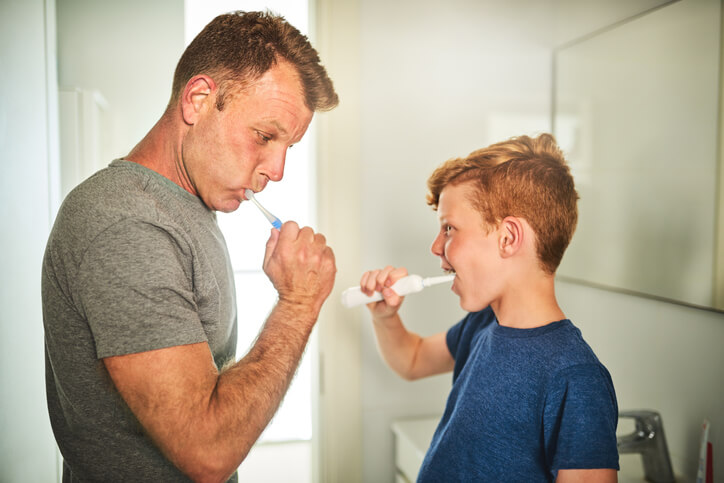 Medicaid is a joint federal-state medical insurance program that’s available to U.S. citizens who meet income and asset limits. The program pays for some or all of the cost of many of the most common medical procedures, such as preventive care, emergency room visits and hospital care.

Dental care is in a different class than these medical services, however, and Medicaid coverage can be limited.

Medicaid does pay for some types of dental care, in some states, provided certain conditions are met.

The term dental care is very broad, and it describes a wide variety of different procedures for the teeth and mouth. Some of these services are almost always covered by Medicaid, such as emergency care following a traumatic injury, while other procedures are almost never paid for by Medicaid. Likewise, since dental care is listed as an optional benefit by the federal Medicaid program, each state has a lot of freedom to set its own rules about what kind of dental care is covered, how much the program can pay and which beneficiaries are eligible for dental care under the Medicaid umbrella.

What Dental Work Is Covered by Medicaid?

Medicaid dental coverage is optional, which means states can choose to opt into or out of including it as part of their general Medicaid coverage.

At the other end of the care spectrum, 18 states and the District of Columbia offer extensive dental benefits as part of their Medicaid packages. These states are:

In this context, extensive generally means that adults aged 21 and over have an annual maximum benefit of between $1,000 and $1,500 to pay for any dental services not considered cosmetic or elective, such as bleaching or orthodontic care. In California, the limit is $1,800 in 2020, though extra services are unlimited if deemed medically necessary by an enrolled dentist or physician.

All of the states that offer extensive dental benefits also offer discounted or no-cost preventative care, such as fillings and cleanings.

Most states fall somewhere between the emergency coverage zone and the limited coverage zone. In general, these in-between states can be grouped as limited or emergency dental coverage.

Emergency care is defined very broadly in some states, such as Alaska, where the term includes acute incidents of tooth pain that require fillings. In other states, such as Georgia, a dental emergency must either be life threatening or performed in an emergency room as part of a larger medical procedure.

States in the emergency category include:

Emergency care is generally covered in limited states, though routine restorative procedures, such as fillings, may be up to the beneficiary to pay out of pocket. Some states in this category maintain relatively low caps on annual per-person spending, such as Arkansas’ $500 coverage maximum.

How Much Does Dental Care Cost?

Regardless of which state you live in, dental procedures can be expensive. An average new patient exam, which usually includes X-rays, cancer screening, consultation and examination, frequently costs between $200 and $300. As high as this price is, even a simple extraction can cost several hundred dollars more. Fillings, root canals and more extensive work routinely run into the thousands of dollars, which leaves people without dental insurance on the hook to pay hefty bills for needed care.

Can You Buy Dental Insurance While You’re on Medicaid?

As a rule, Medicaid beneficiaries are not allowed to hold any type of private health insurance. Thus, a person who works for a wage low enough to qualify for Medicaid enrollment is usually prohibited from participating in an employer-provided medical insurance plan. This is also true for plans bought on a state health exchange. In most states, dental insurance is an exception to this rule. Because dental care is not mandated to be part of any state’s Medicaid offering, many program participants are also allowed to shop for dental insurance supplements.

Older adults whose Medicare managed health plans include dental may also rely on Medicaid as a supplement for other benefits. By law, Medicaid is the insurance of last resort, which means that all other insurance coverage must be exhausted before a provider can invoice Medicaid for the unpaid remainder. Remember that the states each have considerable leeway in how they manage their dental plans, so it is always best to check with a Medicaid worker in your state who can give you definitive information about whether your state’s Medicaid covers dental care or not.