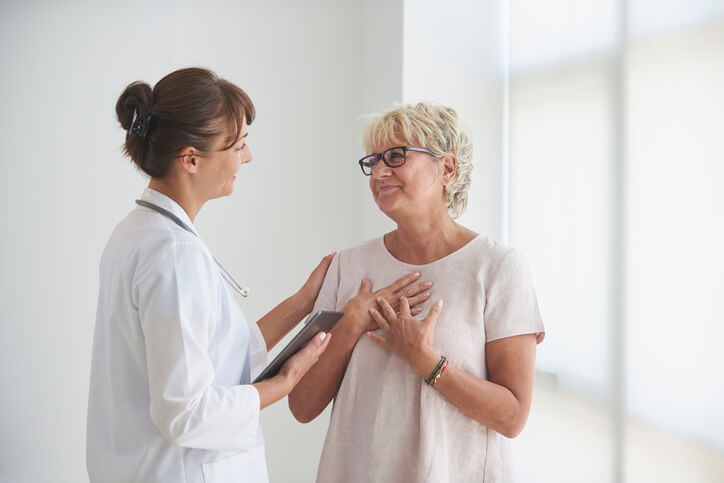 Medicaid benefits generally cover some or all of the cost for needed medical procedures, such as appendix removal and other lifesaving surgeries. People who have Medicaid as their primary health provider should talk with a program worker about paying for appendix surgery, as should older adults who use Medicaid as a Medicare supplement.

Medicaid is a national health program that provides medical insurance for millions of Americans with limited ability to pay. Operated as a joint federal-state program, Medicaid offers eligible participants the basic care they need to stay healthy and helps to pay for necessary medical procedures. Costly medical procedures, such as inpatient surgery, are not automatically covered in every state, and many Medicaid beneficiaries have a share of cost to meet before their benefits kick in. As always, it's prudent to speak with a Medicaid worker about coverage limits before an emergency condition, such as appendicitis, forces you to seek immediate medical treatment.

Each of the 50 states, plus Puerto Rico and the District of Columbia, operate their own Medicaid programs, each with unique enrollment and coverage requirements. All of these programs operate within federal guidelines, which set certain minimum standards for enrollment and care. As a rule, Medicaid participants must be citizens or permanent legal residents of the United States at the time they apply for coverage. Each Medicaid program sets income and asset limits for enrollment, as well as maximum standards for premium- and co-payment-free coverage. Many state Medicaid programs include a payback clause to enrollment, which allows the program to recover some of its costs from your estate if you pass away within a certain period of receiving benefits.

Medicaid coverage varies somewhat from state to state, but the federal government requires a certain minimum standard of care for all participants in the program. As a rule, annual health exams and basic preventive care are provided for all Medicaid beneficiaries. This makes sense, as early detection of health issues is one of the most important factors in controlling long-term costs. For the same reason, most Medicaid plans also pay some or all of the cost for approved vaccines, including annual flu shots.

Medicaid benefits are often delivered through private sector partners, which open their provider networks to beneficiaries and bill the state Medicaid program for services. Only a plan representative in your state can give you a definitive list of coverage amounts, but most plans can also help pay for tests that your primary care doctor orders for you. You are also entitled to a second opinion, though office visits beyond this may not be covered. If your doctor recommends a treatment plan as medically necessary, Medicaid is likely to include it in your coverage plan, though many prescription drugs are not fully covered.

Emergency care, as well as visits to urgent care clinics that accept Medicaid, are generally provided for with little or no pre-approval requirements. If you have the symptoms of appendicitis, seek help from an emergency medical provider without delay. Even if your Medicaid benefits have not kicked in yet, or if you are eligible for Medicaid but have not yet applied for the program, most states have options to help with the cost of your care. Don't delay potentially lifesaving medical treatments because of a payment issue.

Thanks to its common appearance in movies and TV shows, most people are passingly familiar with the signs and symptoms of appendicitis, the most common cause of appendix removal surgery. The vermiform appendix (which is Latin for “worm-shaped thing that hangs down”) is a small pocket of tissue attached near the point where the small intestine connects with the large intestine. This pouch is easily inflamed, which frequently causes symptoms that range from moderate to severe.

In most cases, pain in the lower-right quadrant of your abdomen is the main symptom of appendix trouble. This pain is often sharp and persistent, and it may get better or worse with a change in position. Pressing on the area often causes an increase in pain, and the region may appear swollen or feel warm. People with an inflamed appendix also frequently run a fever and feel generally run down or anxious. Sometimes the pain of appendicitis is felt in the lower back or groin. These can all be serious symptoms, and only a doctor can give you a definitive diagnosis of your condition.

Because appendix removal is nearly always a necessary procedure, Medicaid almost universally includes it in coverage plans under emergency surgeries. The procedure for appendix removal on Medicaid is nearly identical to getting the appendix removed with any other insurance. Typically, your doctor can diagnose appendicitis from tests done in the office or emergency department. You may be sent home with antibiotics to control the infection, or you may be scheduled for immediate surgery to remove the appendix.

If your Medicaid plan charges a co-pay or has a share of cost, you must pay this before your Medicaid benefits can pay for the antibiotics or surgery. These costs can be billed to you, since your treatment likely has to be done without delay. Once your share of the treatment cost is covered, Medicaid benefits usually pick up the rest of the bill. Authorized Medicaid providers are prohibited by law from billing beneficiaries directly, so if you get an invoice from the doctor or hospital, be sure to call your Medicaid worker before you pay the requested amount.

What Is the Recovery Period for Appendix Removal?

The success rate for appendix removal in the developed world is very high. This is a fairly routine procedure that nearly every American hospital is equipped to perform, and the surgery has a low risk of complications compared with other procedures.

Surgeons have several techniques for removing the appendix. Laparoscopic surgery is perhaps the least invasive, as it is done through a tube inserted into the abdomen. Most people who have this surgery can get back to normal after 1 to 3 weeks. Traditional open-field surgery may take longer to recover from, with 2 to 4 weeks being typical. If your appendix ruptured, infectious material may have spread in your abdominal cavity. This often requires a more invasive surgery to clean up the area, followed by antibiotics and rest for up to 6 weeks after the procedure. Medicaid benefits include follow-up visits after the surgery, when your doctor can give you realistic estimates for how your recovery is going.