If you have recently become eligible for Medicare, you may have questions about Medicare Supplement Insurance. Medigap, as it is more commonly referred to, provides supplementary coverage that pays for many costs that Medicare Part A and Part B do not. If you are currently enrolled in Medicare, Medigap plans can help you manage expenses associated with your medical care in the state of Washington.

More than 301,000 people are enrolled in Medigap plans in Washington. This is just over 30% of those who could potentially enroll in these insurance plans. If you're not yet participating in Medigap, these supplementary insurance options could help you save money while providing you with added peace of mind.

What Are the Best Washington Medicare Supplement Plans?

Washington residents have access to 10 different Medigap plans, two of which are available in standard and high-deductible versions. Each plan is referred to by its letter and is standardized for all plans with that letter. This means that Medigap Plan A from one company offers exactly the same coverage as Plan A from another company. The only difference will be in the price charged for these plans.

There are some points of similarity between all Medigap plans. Each offers at least some coverage for coinsurance requirements of Medicare Part A and Part B, also known as Original Medicare. All Medigap plans also provide coverage for up to 365 days in the hospital over what Medicare already covers. Some plans may offer additional coverage for emergency care received when you are outside the country or for skilled nursing facility care.

If you became eligible for Medicare coverage prior to January 1, 2020, you will have access to all 10 plans available in the state of Washington. Those who first turned 65 on or after that date, however, cannot enroll in Plan C or Plan F. These plans were phased out by the Medicare Access and CHIP Reauthorization Act of 2015 and are not available to those newly eligible for Medicare.

Among Washington Medicare recipients, more affordable plans are far more popular than their pricier counterparts. Plans F, G and N are the most commonly chosen Medigap plans in our state. Specifically, the high-deductible versions of Plans F and G offer much lower monthly premiums, which makes them a budget-friendly option for those on a fixed income. Medigap Plan N offers predictable, affordable copays for regular visits to the doctor as well as for services rendered in the hospital emergency room.

How Do I Enroll in a Washington Medigap Plan?

If you, like most people, enroll in Medicare Parts A and B as soon as you turn 65, you will have a six-month window in which to obtain Medigap coverage on the most favorable terms possible. The six months begins on the first day of the month in which you turn 65. During this initial enrollment time period, you will be able to purchase any Medigap plan offered in the state of Washington at the same low rates that insurers offer to the healthiest applicants for their plans.

By purchasing a Medicare Supplement Insurance plan during this six-month free and open enrollment period, you can take pre-existing conditions out of the equation as a factor in the rates you pay for Medigap insurance. Because you can't be turned down for this insurance during the initial six months after you become eligible for Medicare, you can also take some of the stress out of obtaining supplementary insurance to cover the gaps in your Medicare coverage.

If you wait to purchase Medigap insurance until after the initial six-month period has concluded, insurers can charge you higher rates for Medigap plans as part of their underwriting process. They can even deny you this insurance if your pre-existing conditions are considered serious enough. Even if you're approved, you may have to undergo a six-month waiting period before receiving treatment for pre-existing conditions.

Under certain specific circumstances, you may qualify for automatic approval and lower rates for your Medigap plans outside the initial six-month period of eligibility. Guaranteed issue rights are available if you initially chose Medicare Advantage rather than Original Medicare and Medigap coverage. If you decide that Medicare Advantage is not the best choice for you within a year, you will usually be allowed to purchase Medigap insurance as part of your changeover to Original Medicare. Guaranteed issue rights are also available if your current Medigap company goes bankrupt or ceases to offer plans in your area. 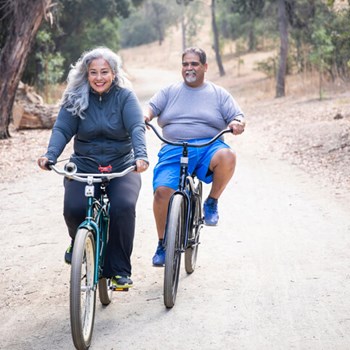