A Guide to Medicaid: Eligibility, Enrollment and What It Covers 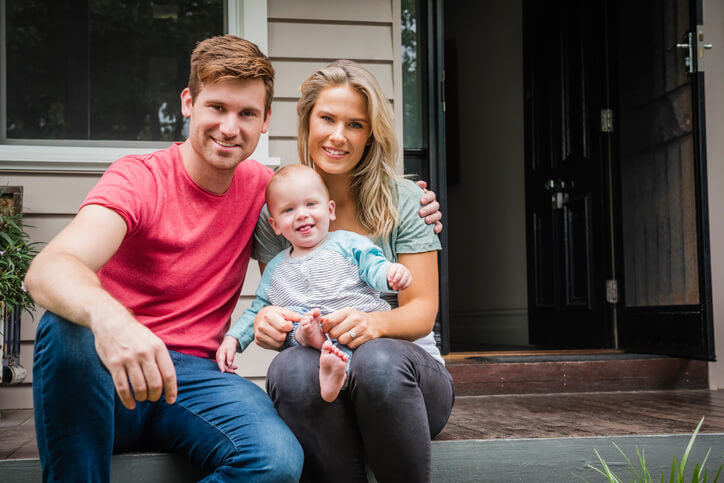 Medicaid is a health insurance program for people with low or limited income and assets. It is the single largest provider of health insurance in America, with over 74 million people, or 23% of the population, enrolled at some level of care.

Founded in 1965, as part of the same legislation that created Medicare, Medicaid combines federal and state funds into a single health insurance provider that delivers basic care to Americans who have trouble paying for their own healthcare or insurance.

Medicaid benefits and costs vary somewhat between states, since every state operates its own version of the program, but federal guidelines apply to every state system.

Preventive care, inpatient and outpatient services, prescription drug coverage and medical transportation are all covered to a certain extent by Medicaid, which sets payment rates for providers and determines eligibility for coverage.

The complexity of Medicaid programs can make it difficult for many eligible seniors to navigate the system and find the coverage they need. Fortunately, many resources operate on federal, state and private nonprofit levels to help seniors identify benefits they qualify for and apply for the help that they need.

Members of certain groups are considered mandatory eligibility applicants, who must be covered by Medicaid. Mandatory eligibility applies to low-income families, qualified pregnant women, children and adults who receive Supplemental Security Income (SSI). People in these categories are automatically entitled to Medicaid coverage on application. Medicaid is also automatically available to all adults with low income and limited assets in some states, though not in all.

For those who do not belong to a mandatory eligibility group, it can be difficult to establish whether you are eligible for assistance. Each state operates a Medicaid website, which lists its own Medicaid eligibility guidelines.

Some states require certification of medical need before an application can be approved, while others accept the applicant’s personal assertion of need.

Income eligibility for Medicaid varies with the cost of living between states.

In 2020, that rate is $783 a month for single adults and $1,175 for married couples living together. Families are allotted an additional $392 a month for each “essential person” in the household, usually children and dependent adults.

States with a high cost of living usually add a multiplier to this base rate to establish their own income threshold, such as California, where the limit is 130% of the federal guideline, or $1,017 a month for single adults and $1,527.50 for married couples in 2020.

Earning More Than the Maximum

Applicants who earn more than the state or federal maximum are not necessarily disqualified from Medicaid coverage. While mandatory eligibility groups and individuals with low incomes are able to obtain no-cost medical care under Medicaid, people with higher incomes may still qualify for less comprehensive benefits.

Each state has the option of charging a share of cost, sometimes known as a spend-down, as an annual deductible for some less-qualified Medicaid beneficiaries. The amount included as a share of cost increases with the rising income of the beneficiary until a maximum amount is reached. Beyond this, applicants are not eligible for Medicaid.

In California, where costs tend to be higher than average, the 2020 maximum amount a resident may earn while still qualifying for Medicaid is 138% of the Federal Benefits Rate, or $1,467.42 a month for individual adults and $1,982.67 for married couples.

One of the more helpful quirks of the Medicaid system is retroactive eligibility. Unlike private insurance policies, Medicaid benefits may be retroactively applied to services provided before the beneficiary applied for coverage, provided they would have been eligible for Medicaid at the time of service.

Thus, an adult with qualifying income but no Medicaid coverage could visit an emergency room with no time to arrange for payment to the hospital or the ambulance company. Instead of personally paying for the care provided, this person could sign up for Medicaid and request payment of these expenses.

Healthcare providers that are authorized to bill Medicaid are required, as a condition of payment, to accept retroactive payments and immediately cease collection activity when notified that their former patient has applied to Medicaid. They may then submit an invoice for service at the generally much reduced Medicaid rate they are authorized to charge.

People who apply for Medicaid are not necessarily guaranteed a place in the program. Denials do happen, especially for first-time applicants.

By far the most common reason for Medicaid application denials is incomplete or improperly filled out applications. If you are applying for Medicaid, it can be helpful to get help directly from a case worker to make sure the forms are properly completed and submitted with the verification required.

The next most common reason for a Medicaid denial is ineligibility due to too-high resources. Many Medicaid applicants facing denial have their applications rejected because they either earn too much money or they have too many countable assets. This is most common when family members apply for Medicaid on behalf of a senior relative.

In situations such as these, it is common for proxy applicants to overlook small accounts and other assets that can put applicants over the limit provided by Medicaid. Always be careful to include all countable assets on the Medicaid application, and enlist help from a case worker, if possible, to make sure small mistakes in accounting do not interfere with eligibility.

Some Medicaid denials are the result of a disqualification for one reason or another. Most state Medicaid programs evaluate new applications for assets over a 2-year look-back period. If an applicant has transferred significant assets, such as a house or several cars, during that time, they might be temporarily disqualified from obtaining Medicaid benefits. Working with a Medicaid benefits planner can help avoid unnecessary disqualifications due to poor asset management.

Some states impose a medical need requirement on Medicaid applications. Applicants in these states must demonstrate a medical need for care that they cannot afford for themselves. Lack of medical requirement is a common reason for rejection in states where it applies, though several U.S. states either do not factor medical need into an application, or they accept a personal statement of need without medical verification.

Medicaid applicants are entitled to a basic right to appeal1 in response to a denial of coverage. This is true for all forms of health insurance, but the process for Medicaid is somewhat more complicated than it is for other systems, such as Medicare and private insurance companies.

The first step of a denial appeal process is fair notice of rejection and an option to appeal.

Appeals may be filed with Medicaid via a standardized form, which then goes to an administrative hearing on the merits of the applicant's case. This hearing is legally required to be fair, local and timely. Hearings must be scheduled on request, with at least 20 days advance notice and no more than 90 days between the hearing request and the date set by the state.

Denied applicants may bring a lawyer or case manager to their hearing, or they may represent themselves. States can cancel appeals hearings only when the applicant withdraws a request for hearing or when a hearing date is missed without notice.

Under some circumstances, applicants dealing with a denial of coverage may have the right to continue their benefits during the appeal process. Applicants must request a continuation of benefits within the initial 10-day period after a notice of action is served.

Not all appeals warrant a continuation of benefits. Benefits may continue if the basis of the appeal is that laws or policies have been improperly applied in the beneficiary's specific case. Benefits may not be continued, however, if the denial is a result of a change in laws that affect eligibility.

How to Apply for Medicaid

Most states make it relatively easy to apply for Medicaid.

As a rule, applicants can get an application packet from their local social services department, which may be a local Social Security office, or the office of your state’s Department of Human Services.

Applicants can also browse options and apply for benefits online, either through a state healthcare exchange or from the federal Benefits.gov website.

What Does Medicaid Cover?

Medicaid provides basic health services for its beneficiaries. These benefits are largely uniform, with one Medicaid plan in any given state being basically the same as all the others.

Medicaid benefits are split between mandatory and optional coverage, with nearly all beneficiaries eligible for both.2

Mandatory Medicaid benefits are provided for all beneficiaries as a matter of law, with every approved member entitled to either free or low-cost inpatient and outpatient practitioner care.

Optional Medicaid benefits are not automatically available for all beneficiaries, and most states’ Medicaid programs charge at the point of service for care.

States have a wide latitude for establishing premiums, deductibles and co-payment amounts for beneficiaries. These out-of-pocket costs are limited by law and generally stay close to nominal amounts.3 Costs to the beneficiary are typically based on income and ability to pay.

Several classes of beneficiary are immune to out-of-pocket costs. Children, terminally ill beneficiaries and recipients who reside in an institution are all exempt by law from out-of-pocket expenses.

In addition to exempt groups of people, some services are likewise exempt from imposing costs. Emergency services, family planning, pregnancy-related care and healthcare for children are all delivered with no co-payment or additional costs to the consumer.

Because it is illegal to sell a Medigap policy to Medicare Advantage beneficiaries, Medicaid can be a valuable option for seniors who need a supplement for their existing benefits at little or no cost.

SNPs, or special needs plans, are Part C Medicare options that are narrowly tailored to beneficiaries’ circumstances. Most of these plans are designed for people with chronic health conditions, but the unique insurance profile of dual-eligible beneficiaries can cancel out the generally higher monthly premiums and deductibles that many SNPs carry.

Because of the diversity of care options among dual-eligible beneficiaries, and of the variation between state Medicaid plans, it's usually best to consult with a Medicaid planner or case worker when signing up for benefits.