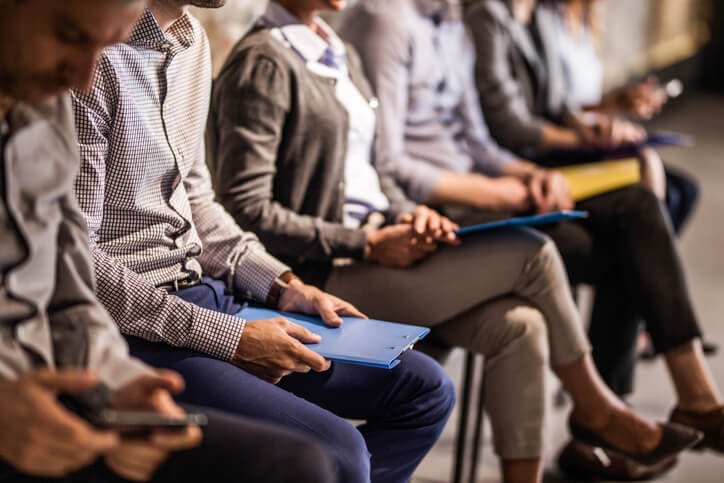 Unemployment insurance is a vital support system for millions of Americans who have found themselves out of work. Administered on the state level, unemployment benefits support workers who have been laid off, fired without cause or who are considered underemployed. In some states, such as California, the same department that handles unemployment insurance claims also approves benefits for paid family leave and student aid, which are usually similar in amount to the regular weekly unemployment claim.

In 2020, each state’s unemployment insurance system took on the role of dispensing COVID-19 relief funds to residents whose workplaces had either closed or instituted furloughs in response to the nationwide lockdowns.

Exhausted benefits is a common term used by states’ unemployment insurance divisions to indicate a beneficiary’s initial claim amount has been paid out, and that no further benefits can be paid without renewal. When an initial jobless claim is filed, the unemployment insurance workers review it and issue an approval for benefits. When this happens, the division authorizes a set amount of cash that can be paid to the recipient.

Each week that the jobless claim is active, the weekly award amount is deducted until the total award is paid out. When this point is reached, the initial claim is exhausted.

What Can You Do if Your Benefits Are Exhausted?

If your unemployment benefits have been exhausted, you cannot expect any more payments to be issued on your claim unless you renew your request for them. This process is broadly similar to the initial claim application, though it usually takes less time and requires verification of unemployment.

Each state has its own rules about how to renew a jobless claim, and about how many extensions may be granted for workers, but in general, they all require you to attest that you are still unemployed or working reduced hours, in need of benefits and actively seeking work. Most states allow beneficiaries to request a claim renewal online via the same system they filed their initial claim through.

If your request for a renewal is denied, it is usually because the division no longer believes you meet the eligibility criteria for unemployment benefits. In this case, the state is likely to send a letter explaining the specific reason for your denied claim and providing you with information about filing an appeal.

You have the right to appeal any decision made by the unemployment insurance division regarding your claim, though the process may be a lengthy one. Your right to appeal remains even if you find work before the appeal is finished, since if you win your case you may be paid back benefits in a single lump payment.

What Are Extended Benefits?

Extended benefits are an emergency measure enacted by the federal government in response to the COVID-19 pandemic. During the unprecedented shutdown of businesses all over the country, Congress authorized several large stimulus packages targeted on financial relief. Aid to newly furloughed or laid-off workers was largely funneled through unemployment offices at the state level, where residents could apply for extended relief funds.

Looser eligibility criteria helped millions of Americans qualify for unemployment benefits they otherwise might not have had access to. Among the extended enrollment participants were:

Will COVID-19 PUA Benefits Be Extended?

The initial extension of unemployment insurance was approved in the spring of 2020, with benefits backdated to February for qualifying workers. This program ran its course and was allowed to expire in August 2020. Efforts to renew the program were generally unsuccessful, with the parties in Congress being unable to agree to the details of an extension package.

As of early November 2020, no renewal had been approved by Congress or signed by the president.