Medicare Supplement (also called Medigap) plan quotes can be easily obtained from a licensed insurance agent who can help you quickly compare premiums for all plans sold in your area and help you review them at one time and in one place.

In this review, we take a look at Medicare Supplement Insurance, the various costs attached to these plans and some other things to consider during your search for the right coverage.

What Is Medicare Supplement Insurance?

Medicare Supplement Insurance is a type of plan that is used in conjunction with Original Medicare (Medicare Part A and Part B). Medigap plans provide coverage for Original Medicare’s deductibles, copayments, coinsurance and other out-of-pocket requirements.

There are 10 different standardized Medigap plans in most states, and each one is identified by a letter, including Plans A, B, C, D, F, G, K, L, M and N.

Each plan’s benefits are standardized by the federal government, which means that every Medicare Supplement Plan A will include the same benefits, no matter where the plan is sold or by which insurance company provides the plan.

With the right Medicare Supplement plan, you can nearly eliminate your out-of-pocket spending for Medicare-covered services.

What Is the Most Popular Medicare Supplement Plan?

The most popular Medicare Supplement plan in terms of enrollment is Plan F. Plan F provides the most comprehensive coverage and leaves beneficiaries with little to no out-of-pocket Medicare expenses for covered care.

However, Plan F won’t be the most popular plan for long. Some recent legislation barred Medigap plans from covering the Medicare Part B annual deductible, which applies only to Plan F and Plan C. Anyone who first became eligible for Medicare prior to Jan. 1, 2020 has been grandfathered in and may still enroll in Plan F or Plan C. But anyone who became eligible for Medicare after that date is prohibited from enrolling in either plan.

This change leaves Plan G as the Medicare Supplement plan that offers the most benefits for new Medicare enrollees. Plan G is poised to take over the largest share of Medigap enrollment in the coming years, quickly becoming the most popular Medigap plan.

What Is the Best Medicare Supplement Plan for 2021?

The “best” Medicare Insurance Supplement plan is open for debate and can depend on your unique health care usage and budget.

The following companies serve a large number of beneficiaries with a diverse selection of plans in numerous states and should be considered when you’re trying to find the best Medigap plan.

What Is the Average Cost of Supplemental Insurance for Medicare?

The cost of a Medicare Supplement plan can vary according to several factors. Below is a look at the average monthly price range of each plan in three different states to give you an idea of how much they cost and how much that cost can fluctuate between states.

How Is Medicare Supplement Insurance Priced?

There are a few variables that can affect the cost of a Medigap plan.

As with some other types of health insurance, the more benefits that are offered by the plan, the more you may expect to pay for it.

While the benefits of each type of plan are standardized, plan premiums are not standardized. Medigap Plan F in Oklahoma will most likely cost less than Plan F in New York. In the same way that a gallon of milk can cost more in one city than another, so too can the cost of the same type of Medigap plan.

Medicare Supplement Insurance is sold by private insurance companies and there may be several different companies all selling the same plan in the same city. Each carrier will set its own price with its competitors in mind.

It’s common for insurance companies to offer discounts for Medigap plans. Women and non-smokers are often charged less because of their longer life expectancy. Potential discounts may also be extended to married couples who each purchase a plan or to those who use a direct withdrawal to pay their premiums and other things.

If you apply for a plan during your Medigap Open Enrollment Period, you will have guaranteed issue rights. That means an insurance company may not use medical underwriting to determine your quotes, and you will be offered the same rate as all other new enrollees, regardless of your health.

Your Medigap Open Enrollment Period lasts for only six months and starts as soon as you are at least 65 years old and enrolled in Medicare Part B.

If you wait to apply for a plan after this period has ended (or if you decide to change plans), companies are allowed to use medical underwriting to base your plan premium on your health status. If your health is too poor, you may be denied coverage entirely.

You may also have guaranteed issue rights at other times, such as if you move to an area that isn’t serviced by your previous plan or if you lose coverage through no fault of your own.

There are three ways Medicare Supplement plans can be priced, or rated:

All of these various pricing structures can factor into your quote.

What Other Medigap Costs Should I Consider?

The monthly premium is an important thing to consider when comparing Medicare Supplement Insurance quotes. But the premium alone doesn’t tell the full picture of a plan’s cost. Be sure to consider the following factors when crunching your budget numbers.

Two Medigap plans, Plan F and Plan G, offer a high-deductible version in addition to the standard version of the plan. The high-deductible option comes with a lower monthly premium but requires you to meet an annual deductible before the plan’s coverage will take effect.

Plan K and Plan L feature an out-of-pocket limit, which is the total amount of money you will have to pay out of pocket on covered care before the plan pays 100% of all covered care for the remainder of the year.

For instance, certain plans provide coverage for emergency care received in foreign countries. If you plan on traveling outside the country a lot during retirement, these plans may carry more value than plans that do not offer such coverage. And some plans provide coverage when seeing doctors that do not accept Medicare assignment, which can be more valuable to beneficiaries who do not always visit the same health care providers. 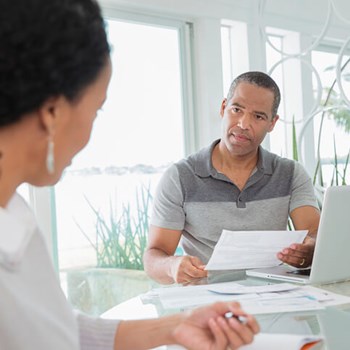 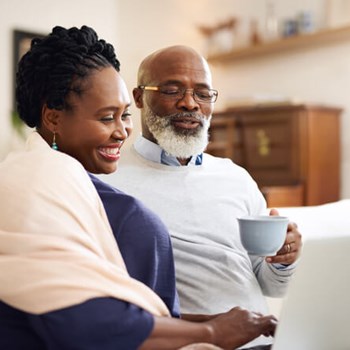