Our analysis of employment data from the Census Bureau reveals the top cities that attracted new workers in Q2 2020, when COVID-19 lockdowns first hit the U.S. economy. Find out if your city makes the list as one of the most resilient cities in 2020.

The second quarter has historically been an active time of year for “job-to-job flows,” or workers moving from one metro area to another for a new job. Annual hiring budgets are still relatively fresh, college graduates are entering the workforce full time, and the warming weather inspires workers to get up and go.

But at the outset of the pandemic in 2020, Q2 job flows hit their lowest mark since 2011 and were 37% lower than during the second quarter of 2019. It also marked the first time since the Great Recession in 2009 that Q2 job flows were lower than the previous year.

During April, May and June of 2020, the Dallas-Fort Worth-Arlington area of Texas experienced a net gain of 4,071 workers, which was the most net growth of any city in the nation.

The Dallas metro area was followed by two California communities, Salinas and Riverside-San Bernardino-Ontario. These California cities continued to attract new workers even as the state experienced the third-highest unemployment rate in the U.S. in 2020.

The Los Angeles-Long Beach-Anaheim metro area saw a net loss of 10,772 workers in the second quarter of 2020, which was the biggest drop in the U.S. The New York-Newark-Jersey City area came in second in the nation, losing nearly 8,000 workers in Q2 2020 alone.

The L.A. and New York markets have both the ingredients necessary for such an exodus of workers. Both areas have high costs of living, and each city’s labor force includes a high number of jobs that can be performed remotely. And both California and New York were early epicenters of the novel coronavirus and were quick to respond with swift lockdown measures.

Each of the first seven cities on this list are large to midsize metro areas, further highlighting 2020’s seismic population shift from urban to more suburban and rural settings.

The U.S. labor force in 2020 saw a drastic decrease in job-to-job flow of workers moving to a new location for a job. That was particularly true during the second quarter, which coincided with the start of COVID-19’s impact on the economy.

The impact was not evenly distributed across the country, as certain metro areas continued to see sizable net gains of workers while other markets experienced significant net losses. Some of the factors that possibly may play a role in the job flow of a particular metro area include the cost of living, COVID-19 restrictions, the type of industries that are most prevalent and local unemployment rates.

The data use for this study comes from the U.S. Census J2J Explorer, accessed in August 2021. The latest data available is Q2 of 2020. We utilized the “Origin” and “Destination” Metro Area data to determine our list of top cities. 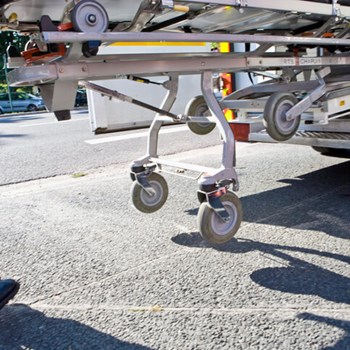